I had the same problem as the one explained in this thread: https://community.norton.com/en/forums/norton-360-vpn-ipv6-support-misleading

When I turned on Norton VPN, the Norton app was reporting a changed IP address and claiming that i 'was protected'. However when I searched in Google for "whatismyipaddress' it was reporting my own IP address instead of the Norton one, i.e. my public IP address had not changed even though Norton claimed that it had.

The conflict is with IPv6 addresses - Norton does not 'hide' an IPv6 address. This weakness has been around for a while now so I am surprised it has not been fixed.

I solved the problem by disabling IPv6: https://answers.uillinois.edu/uis/page.php?id=99981

Yep, it has been reported.  Still waiting on a fix though.

Richard: The work around for me was manually setting IPv6 DNS server settings within my adapter settings and a reboot. I cannot guarantee it will fix your issue but you can give it a go if you wish. You can check your DNS for IP leaks here when done to validate. 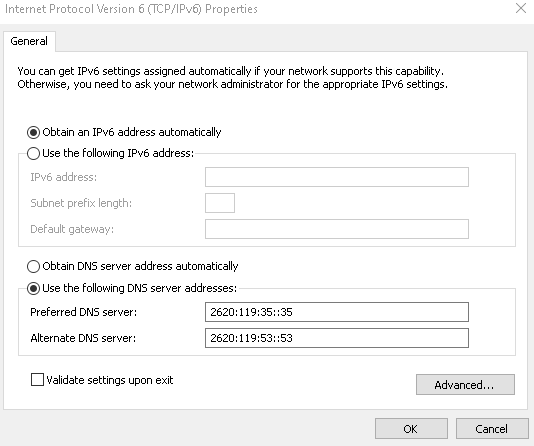