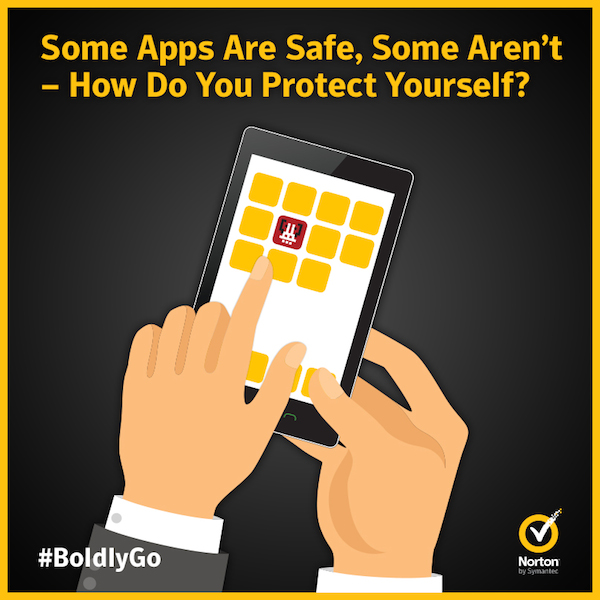 There really is an app for anything and everything, and, let’s admit it, we all want to join in the fun and download the latest app innovation. However, the mobile apps we use can provide other parties access to our information and everything on our devices. In addition, our smart devices are powerful computers, containing valuable information, such as passwords, contacts, phone numbers, photos, videos, and maybe even banking details. This is why it’s very important to understand the privacy and security implications that come with using any app.

The National Institute of Standards and Technology recently published a guide to help consumers understand the security and privacy risks mobile apps present. The publication outlines in-depth considerations to make before using a certain app, guidelines for vetting the security of an app, and advises consumers how to identify undesirable app characteristics in order to decide whether an app is safe to use.

A free app doesn’t necessarily mean it doesn’t want something from you in return, and if you have overlooked the proper tools, information, and protection, you could unknowingly be trading some of your privacy to use the app. More importantly, if you unknowingly download a malicious app you could fall victim to information theft. To avoid this, the next time you download a mobile app, proceed with caution and exercise your control to decide which apps are allowed on your devices and ultimately which ones you will allow access to your information.

How safe are the apps found in app stores?

It may surprise you that some legitimate apps are guilty of bending privacy restrictions to collect your personal data, including phone numbers, contacts, photos, IP addresses, and geographic location. More shocking still is that certain apps that are specifically developed to spy, pry, and steal your private information end up in app stores. While Google Play is constantly taking down these data-stealing and spying apps, unfortunately, not all are caught immediately.

Apps can pose a variety of concerns, ranging from security and privacy risks to device performance issues like inefficient battery consumption and data usage. Some apps can drain your battery at an unusually high rate while others can quickly deplete your data. According to Norton Mobile Insight data, as of October 2014 three million malicious apps were found in app stores, eight million apps were found to have privacy leaks or annoying behaviors, and 700,000 apps had high battery or data usage.

How can these malicious apps affect you?

Malicious apps fall into two categories: ransomware apps and fake apps. A ransomware app pretends to be a legitimate app to trick users into installing the app. Once installed, the app locks the device and forces the user to pay a ransom to unlock the device.  Fake apps steal your personal information or trick you into paying for a useless app.

Guard your information by exercising caution and by taking three simple steps.

First, educate yourself and learn how to spot a fake app when you see one. Second, think twice before you click the install button and do your research to verify the security of the app in question. Third, be sure to install security software on your mobile devices to protect yourself from ransomware and other malicious apps.

How to protect your information and privacy on your mobile devices?

Despite the many risks and threats that can be found lurking in apps, you can still take charge of your mobile experience and use apps with confidence. To do so, use strong malware detection software. An option is Norton Mobile Security, which identifies and removes apps that contain malware, intrusive greyware, and potential privacy risks, such as leaking of personal information off your device, in addition to performing other essential security operations.

Many just jump, download, then stuck with the problems. Don't...Abstinence should be the first position, then read and learn what other user and security forums say about the App you like the look of. Gain a good grounding and understanding of the uncertainties and implications; decide whether it falls within or outside of your risk profile before choosing. If some site is asking for way too much information attached to your "Professional, Commercial or Personal" identities. Reverse gear....get out and leave it behind.