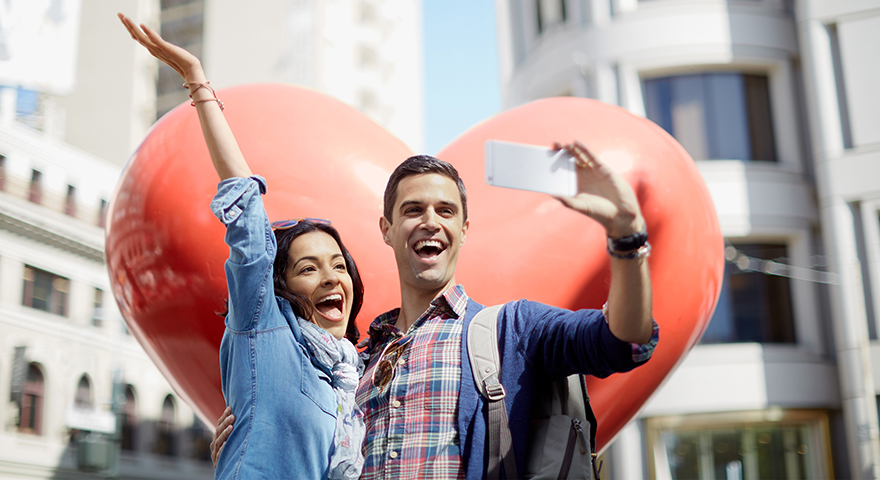 It’s the age of modern romance. The approach of finding a partner has changed over a period of time. Busy lives and innovative technology have given rise to apps and websites that has increased the probability of finding a suitable companion. As in finding love the traditional way, online dating too also has its pros and cons.

A recent survey by Norton among men and women in Australia and New Zealand revealed that almost a quarter of the people who have tried online dating and no longer have a profile have found their partner online. The survey* conducted among New Zealanders and Australians revealed the results of the positives and pitfalls of online dating.

A little white lie never hurt anyone, but it did change the profiles of 43% of people who’ve tried online dating in New Zealand and 51% in Australia. In their attempt to put their best foot forward, daters admit to exaggeration or embellishment on their dating profiles.  27% of daters in New Zealand and 33% in Australia are likely to lie about their income. Even physical attributes like their weight was misrepresented.

A bad experience in dating is very dismaying. Nearly 70% of daters in New Zealand have had some kind of a negative experience while dating online. 43 % of the women are most likely to complain of receiving unpleasant or creepy emails. Another 33% of them ended up meeting people with highly misrepresentative profiles. An unfortunate 30% of them met people pretending to be single when they were not and 28% of them received unwanted, sexually explicit emails or texts.

Nearly 70% of Australian women had also had bad experiences.  Most commonly, 34% Australian women also complained of receiving unpleasant or creepy emails, 30% of encountering people with misrepresented profiles and 27% of meeting people claiming to be single when, in fact, they were in a relationship already.

However, male online daters had also encountered problems. 23 % men in Australia and 24% in New Zealand said they had encountered people on dating sites with  highly misrepresentative profiles.

In New Zealand, men were more likely to complain of meeting people who asked them for money (25%).  This experience was less commonly reported by Australian men (16%) but was still encountered by a significant number.

What are the risks of online dating?

Almost 60% of all Australians and New Zealanders feel the need for website owners to do more to protect users.

This number indicates that as with regular dating, online dating has its risks too. When you post something online, it’s out there for everyone to see. While there are many genuinely nice men and women out there looking for a soul mate, there are some nefarious characters too. It’s hard to tell who is after what.

As with anything in life, your first line of defence is your instinct. Be watchful and cautious before you disclose too much of information online. You can run the risk of becoming a victim of stalking, harassment, catfishing, identity theft, webcam blackmail and even phishing scams. In order to help mitigate these risks, be very careful with what information you provide on your profile. Make sure your computers, mobile phones and tablets have a reliable security suite like Norton Security Premium. Make sure the website you visit is legitimate. Sneaky apps masquerade as the real deal and dig into your devices for information. With Norton Mobile Security, you can use App Advisor for Android to help verify the legitimacy of an app.

*About the Norton Online Dating Survey

Norton by Symantec commissioned an online quantitative survey through Morar Consulting in October 2016, with 1,000 Australians aged 18 and over, of whom 494 had experienced online dating. The typical margin of statistical error is +/- 4.4% in the sample of 494 daters. The survey aimed to understand online dating risks and experiences of Australians.