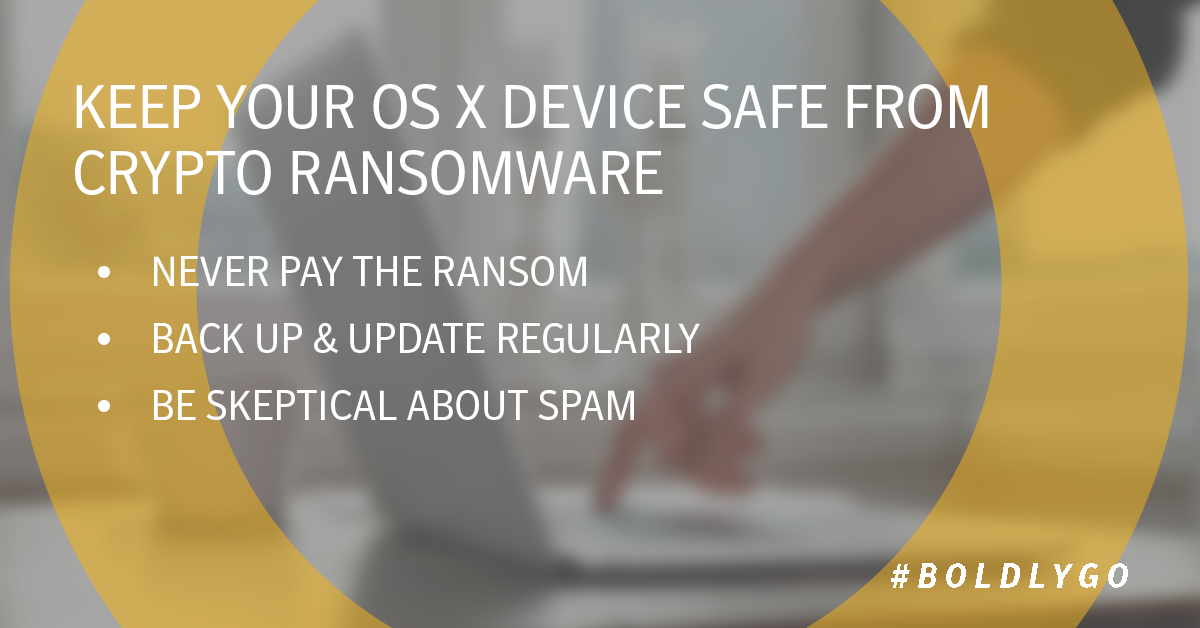 A proof-of-concept (PoC) discovery means that this is not an actual outbreak, but that it has been created in a lab by researchers simply to see prove if it is possible. The researchers that perform these tasks are considered white hat hackers. Some white hat hackers are usually paid employees or researchers working for companies as security specialists that attempt to find security vulnerabilities. The point of this type of research is to try to get one step ahead of the bad guys and to produce early detection and software patches for possible future outbreaks.

Brazilian cybersecurity researcher Rafael Salema Marques, developed the proof-of-concept ransomware dubbed Mabouia, (detected by Symantec as OSX.Ransomcrypt). Marques developed the PoC malware to highlight the fact that Macs are not be immune to the threat of ransomware.

Symantec researchers have confirmed that this proof-of-concept (PoC) threat works as described and could be used to create functional OS X crypto ransomware if it fell into the wrong hands. Marques said he has no intention of publicly releasing the malware.

This is very important, as Mabouia is the first case of file-based crypto ransomware for OS X, even though it is just a proof-of-concept. File-based crypto ransomware is when the actual files on the device become encrypted and locked, which is different than the 2013 discovery by researchers at Malwarebytes where browser-based ransomware targeted Safari for Mac users through a malicious website and locked the browser only.

How to Stay Protected:

Norton Security detects this threat as OSX.Ransomcrypt. While Norton products do detect this vulnerability, there are a few other best practices so you can make sure your data stays protected and retrievable.

Norton Support I call them and they seems to be Legit i mean they fix my issue with the norton update. can you guys please confirm if they are legit ?