Cyber scams and how to avoid them

[Updated on 14th September: Norton Security 22.22.8.15 has been released for Windows customers. This build contains some bug fixes and performance enhancements.

Norton Security 22.22.8.13 update is now available via LiveUpdate. As with our previous updates, this version is being released in a phased manner. This update is available in all supported languages. To download it, simply run LiveUpdate through Norton user interface.

To verify you have the update for Norton Security, launch the Main User Interface, click on Help. 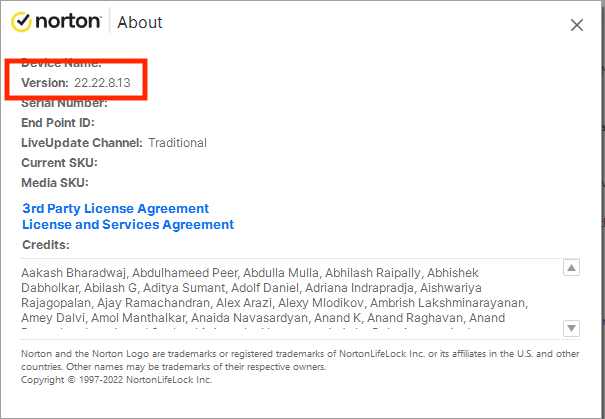 Below FAQ addresses some common questions:

Please visit Norton 360 for Windows board to post your queries.