Note: This is a throttled release.]

[Updated on 3rd February: Norton Security 22.20.1.69 for Windows has been rolled back due to Norton Secure VPN connectivity issues observed after Norton upgrade. We will post an update once the issue is fixed.
Note: LiveUpdate will not serve 22.20.1 upgrade for now.]

Norton Security 22.20.1.69 update is now available via LiveUpdate. As with our previous updates, this version is being released in a phased manner. This update is available in all supported languages. To download it, simply run LiveUpdate through Norton user interface.

To verify you have the update for Norton Security , launch the Main User Interface, click on Help, and select About. 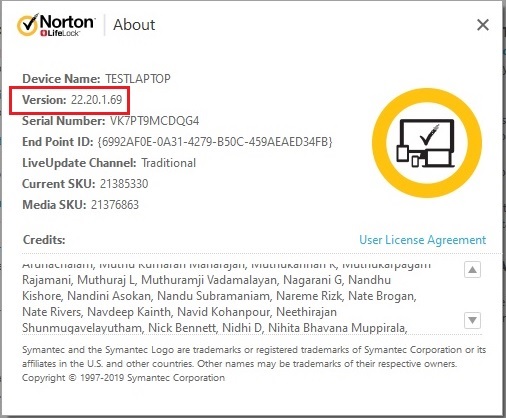