I recently installed Norton Security Premium (version 22.19.9.63) on two Acer Aspire E 15 laptops, both running Windows 10 Home.  The Norton installation seemed to go flawlessly on both laptops which are both also running copies of Malwarebytes, version 3.8.3.2965.  One laptop has a premium version of Malwarebytes while the other is running a copy of Malwarebytes free.  All appears to be well with Norton and it is registered as the protection in the Windows Security Center.  The only issue I have noticed (on both laptops) is that the little green circle with the white check mark does not show on the icon in the task bar at all times like it does on my Windows 7 desktop.  The icon itself is always there with a yellow circle and white check mark, however, it only shows a green circle with white check mark when the Norton interface is actually opened.  It shows up immediately upon opening Norton's interface but then it goes away again as soon as you close the interface.  When looking at the interface itself,  Norton shows that I am protected and that nothing is needing attention.  I even ran Norton's Auto-fix and it found nothing amiss.  Since I am new to using Windows 10 I am wondering if this is normal behavior for Norton when installed on Windows 10?  The only time the green check mark shows up is when the Norton interface is open.  In trying to figure it out myself I should note that I have turned off Fast Start Up on both laptops and rebooted several times.  I have also toggled around with the boot time protection setting trying that in all three positions:  Off, Normal & Aggressive.  It makes no difference what setting the boot time protection is set to, this issue remains the same on both laptops.  So my question is this - is this normal and if not, any suggestions on what might be wrong and what to do about it?  Thank you in advance for any assistance offered. 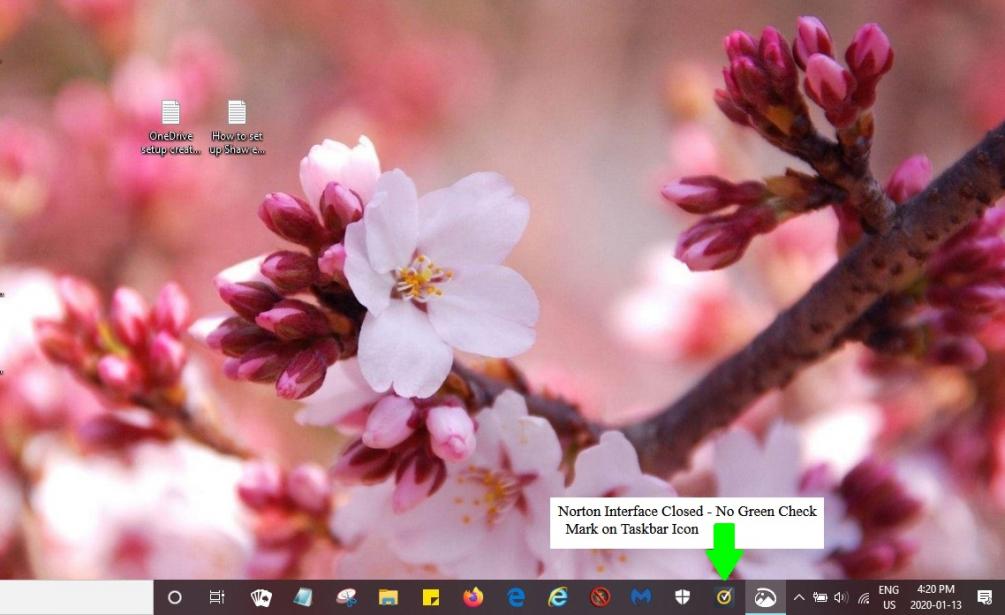 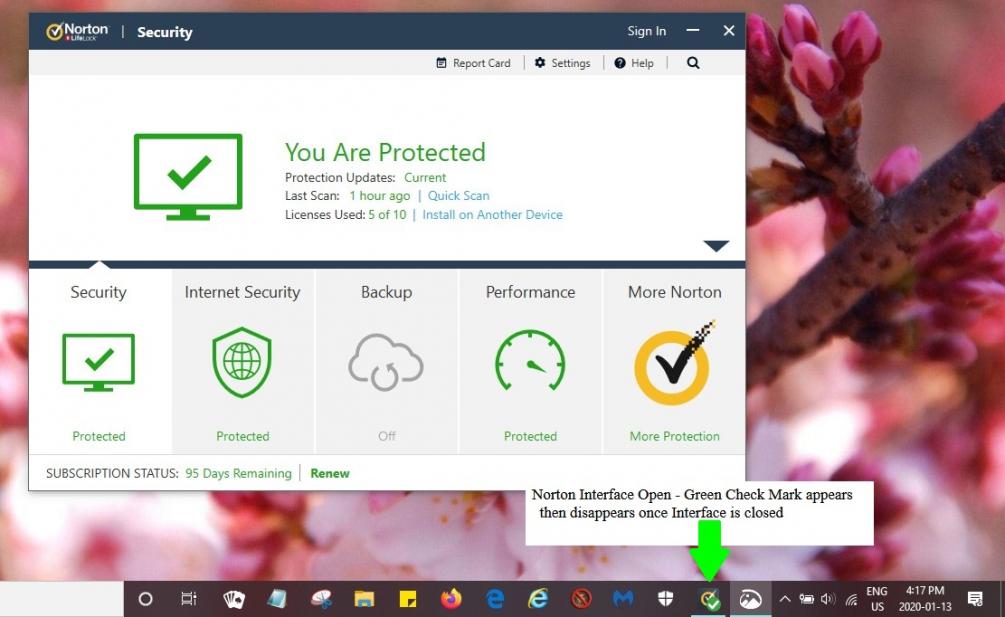 Re: Green Check Mark missing (sort of) on Taskbar Icon?

(face palm)!  I was continuing on, trying to figure this issue out, when I noticed that there is a whole bunch of hidden icons down at the right side of my taskbar.  Lo and behold there be my Norton icon with the green circle and white check mark.  I guess when I installed Norton a few days ago I pinned the program to my taskbar as I did not see it appear there after the installation, when in fact, it had installed and was just sitting in the hidden section of the taskbar.  (I am new to Windows 10 and haven't really used it at all yet lol).  Sure enough I have now discovered how to make those icons show through the Personalization section in the Windows Settings and have removed the one that I had pinned there myself.  If there were a way to just delete my former post (can't find one) I would simply delete this as it is a 'non-issue' now.  Moderators feel free to do just that if you have the power.  This Thread Is Now Solved.