while when from my laptop I just see the regular (old?) website.

Is this a new product, a new version or a new bundle with LifeLock? I can't find an announcement anywhere. 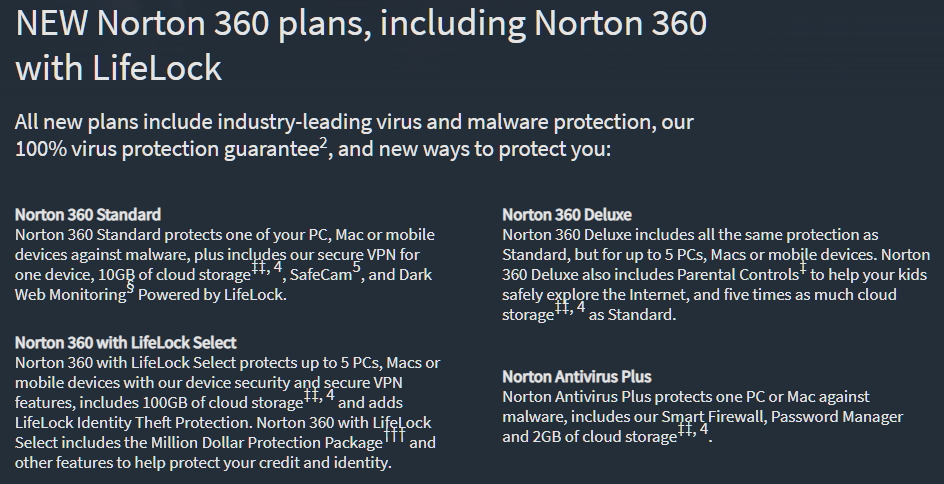 My apologies, Norton has some house cleaning to do regarding their article links as well as Google search results. The difference here seems to be lifelock bundled as N360. Yet 360 has also been renamed to Security Deluxe in another article. Confusing at the very least.

Norton 360, the classic product we all know, was out from 2007 to 2014. It included Norton Internet Security + performance and backup features.

A few years later the terms Standard, Premium, Deluxe appeared (instead of with/without backup) and Norton Antivirus basic came along.

The 2015 "move" was to simplify the product line, but for some reason they decided to complicate it soon later, and even worse now.

(New) Norton 360 is not to be replaced by Norton Security, but to replace Norton Security. Norton Antivirus Plus is also introduced if you look closely at the site, which is brand new.

I will definitely agree that it can't get more confusing. But it might actually become... when they post an article that 360 replaces Norton Security while keeping the older one that claims the opposite :P

The question of why I ended on the new site still remains... 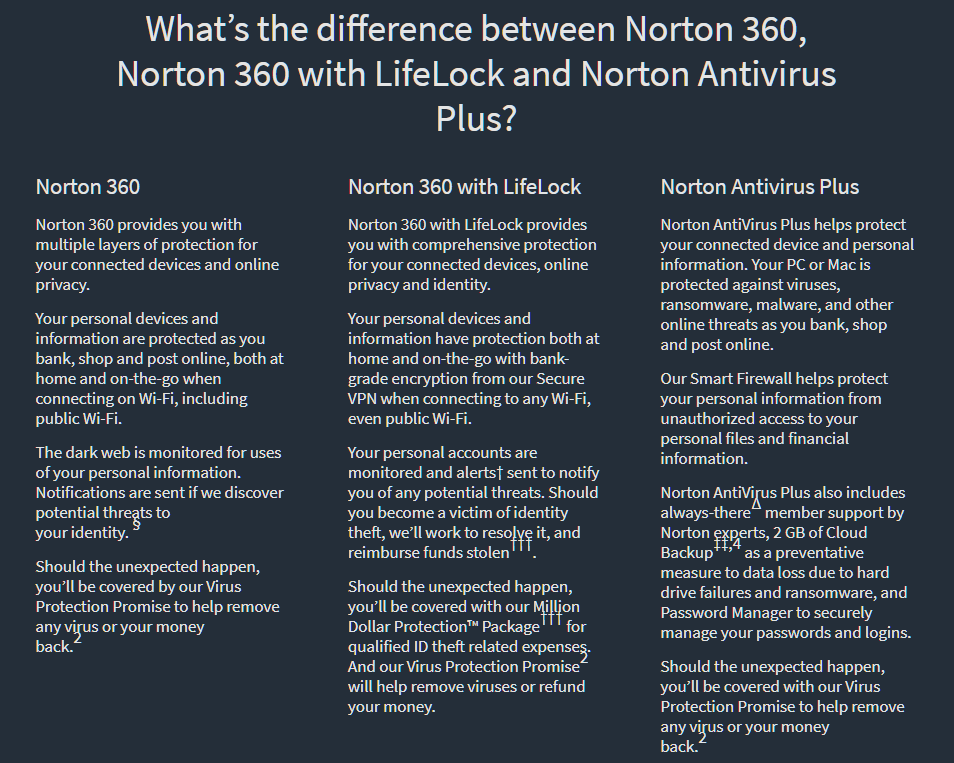 Look at the end of the URL provided for this information.   softlaunchredirect_360   Not sure how you were redirected, but you seem to have stumbled on a new product offering. The 'softlaunch' would seem to indicate they are not ready to make the official announcement yet.

It seems they are using 360 as in a 360 degrees of protection, now that LifeLock is part of the bundle offering.

Were you using an Android tablet or an iPad? What browser did you use when you got this redirect?

bjm's link is just the same link without the soft launch. It might be a US thing perhaps? It's listed in Google also.

It is strange though that it is not even mentioned in the beta (early adoption) section.

I was on my Windows tablet using Edge. I just tried to go to us.norton.com and was redirected to the "soft launch" thing...

I also noticed that Norton Utilities Premium is available as a service for 10 devices. Is there any information about that? Is it a new product or are they charging as service the same product that has been out of development for the last five years?

All these questions need an official Norton reply. We will have to wait for Monday to see if we can learn something. I'll escalate this thread.

I agree this is confusing as heck, especially since it appears there are no admins stateside to monitor/answer questions anymore. Seems  users on this side of the world are left out in the cold.  All info seems to be coming from admins in India - thus the wait for the weekend.

Have I said lately how much I miss Tony Weiss, Dave Coleman and Tim Lopez?  They'd supply answers over the weekend, even if just to say they'd get users an answer.

Or was it an Ass before the Marketing ?

A small group of users in the U.S. are being directed to test comprehensive plans on Norton.com. We’re looking forward to learning from them. Not everyone will have this opportunity since it’s a beta test. I have posted this information in the thread linked above. Thank you.

A small group of users in the U.S. are being directed to test comprehensive plans on Norton.com. We’re looking forward to learning from them...

Thanks for that information.  One suggestion, though.  Instead of recycling the product name Norton 360 (i.e., the "new" Norton 360 Standard / Deluxe / with LifeLock Select), Marketing should give this product line an entirely new name to avoid further confusion. 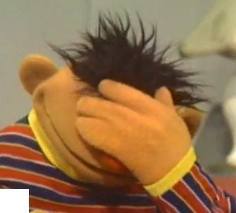 Someone at Symantec, please close Marketing down, and get someone who knows what they're doing and knows how to introduce products PROPERLY.

That way with luck, your users won't be permanently confused.

I think this answers it for now.