I have a problem with norton backup which started in January.  It appears that after the very first running of any new back up set when I run backup it does not change a blue marked icon to a green marked icon to represent a backed up file.  It merely removes the blue check from an icon.

I can effectively force a green check mark on those previously backed up, but unmarked files by opening my backup set settings and change any one file type and switch it off then on and then run the backup process. It doesn't matter whether i saved the changes or not.  In any event when i run the back up process the next time it still will not place a green check mark on the newly changed files which are then backed up to the cloud.

I've repeated the backup process hundreds of times since January and this seems to be the normal behavior for the program on my computer.  I have confirmed that the files are actually backed up in the cloud once the blue mark is removed from the file icon. Its just that the green mark is not present.

FYI on 3 separate occasions I used norton remove and reinstall tool and started from scratch setting up my backup sets.  In addition, at some point norton's technical support got on my computer, looked around and eventually flipped one of my file type selections and momentarily the issue seemed solved.  However, subsequent backup runs by me after they finished produced the same result as described before with no colored green mark on file icon for newly changed files.  Additionally, I've even set up a test backup set with just 1 file in it and the same results occur.

I hope I've sufficiently described this extremely odd issue.  Since it is very repeatable, I believe it is fixable with some sort of software or setting change somewhere.

Any help would be appreciated.

Norton Version 22.21.1.151 resolves the problem of no green check marks on backed up files.

I have been experiencing exactly the same issue for more than half a year now. After reading this thread:

I decided to wait for a solution.

Your situation is identical.  I would think given its repeatability that it would be easy to identify the problem.  if its not norton's issue it maybe something in windows we're not familiar with, but norton could help to identify for us.  i do know that technical support looked into my registry file as it pertains to shell icon overlays, but they didn't find anything of concern at the time.

I'm having the same problem. No green ticks near new backed up files.

Noticed one thing - files in Desktop folder doesn't have this green ticks but files that was backed up from Pictures or Videos folders have it. At least for me. First screenshot is Pictures folder, second is Desktop... 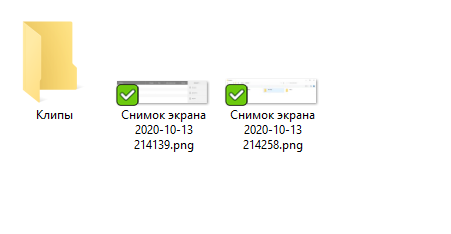 Thanks for your message, Gayathri.

As a matter of fact I didn't expect any response anymore on this topic so I'm pleasantly surprised. Today indeed I noticed a new version of Norton 360 on Windows. I will check asap if the issue with the overlays is fixed and will let you know.

Updated to 22.21.1.151 today and immediately ran backup.  As noted in norton's fixes for this update, the issue of missing green check marks appears to be resolved.  While it took time for an update to be issued to resolve this matter, I appreciate that norton listens to the forums and correct bugs like this.

It appears to be fixed.

I will keep an eye on it the next days but I'm pretty confident the issue is resolved.

Thanks for your effort!

Norton Version 22.21.1.151 resolves the problem of no green check marks on backed up files.