Please help so I can get my torrents...

I've managed to find my uTorrent file and I've added it to the exclusions in Norton (per instructions from the uTorrent thread from last year)...restarted my computer....and upon trying to open uTorrent my Norton blocks and deletes it again.  The only way I can use uTorrent now is to disable my Norton.

Please tell me there is a fix for this or that Norton is working on this??

Hi, Dave. This info is for Norton Security, but may help your issue by excluding this item from being scanned.

@spellbound81: You can direct contact with Norton Support here. Meantime, you can do the following:

For more, you can read this post by Chris Hoffman.

1) Windows does not recognize uTorrent as a verified publisher yet. 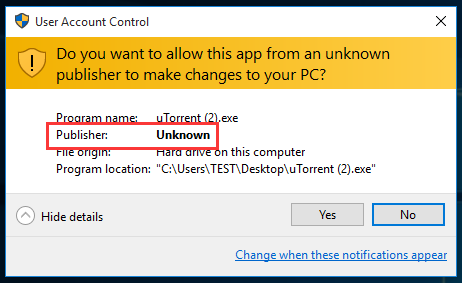 2) I met the following bundleware during the express install. They are Yahoo! Search/ Toolbar and Pluto TV. So far, I also kindly suggest that you learn how to avoid installing junkware, or customize a potentially bloated install process. Examples are, AOL Desktop for Windows, Windows version of Skype, and other legit/ risky computer programs. 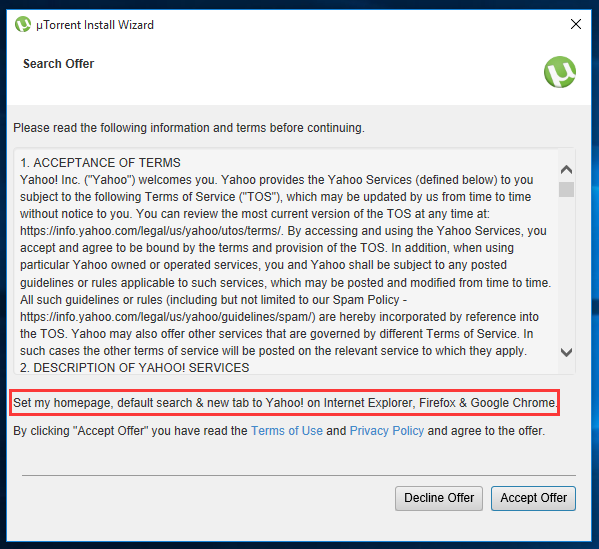 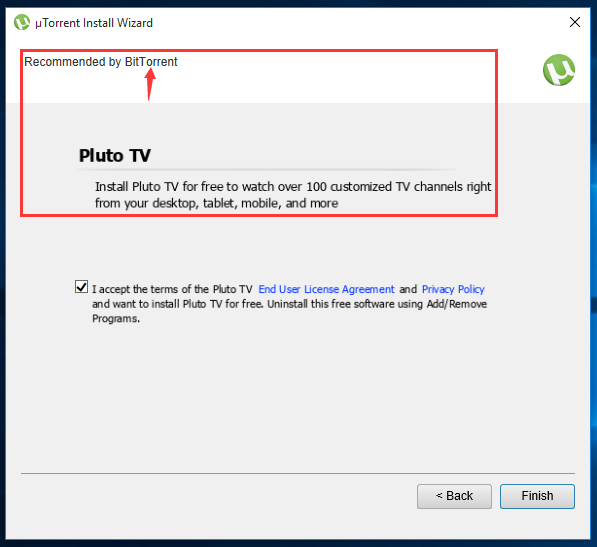 2. When it comes to Norton 360, it then detected uTorrent v3.4.5.41865 as PUA.OpenCandy. Soon, Norton 360 too deleted & cleared the install of utorrent PARTIALLY. See the following imgs: 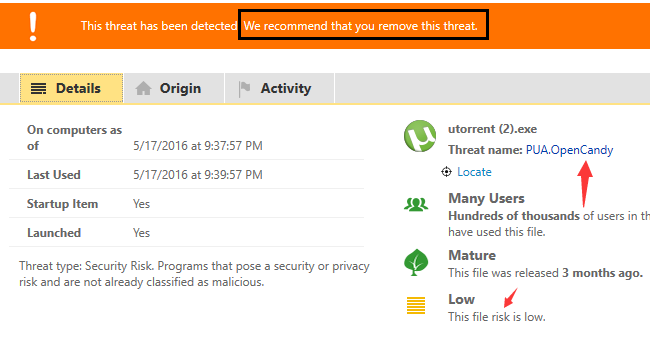 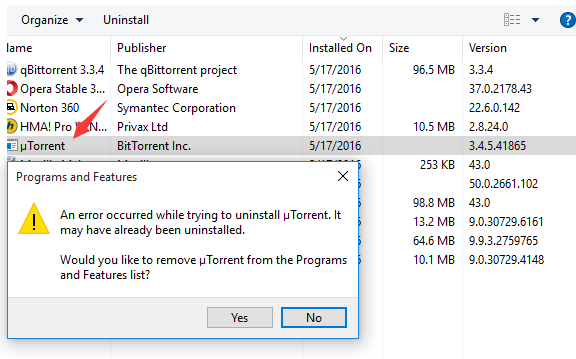 (NOTE: The half-gone utorrent was left in the programs list) 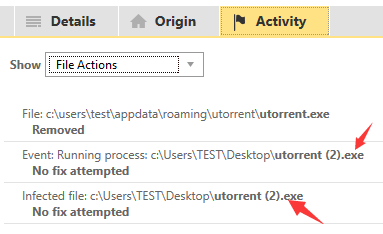 Now, even my attempt to view the properties for the installer was blocked. The exe was deleted automatically, soon. 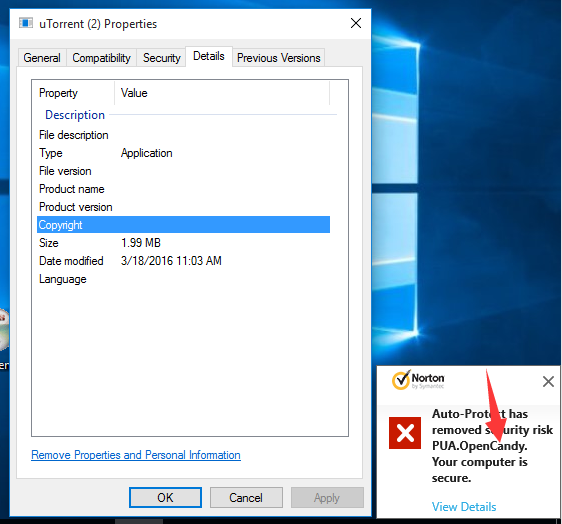 OpenCandy is an "Adware" module designed to install on a personal computer during software installation.

PUP Hunter PRO: Just TRYING to save the world (U) from cyber threats, A single blog post, at a time, and ONCE & FOR ALL. (A fan of Nadia_Kovacs)