Previously I have these happen.

1.    Withdrawal of 'Utilities Premium' without any notice to customers.
2.    The disappearance of 'Parental Control' and 'Dark Web Monitoring' from the Norton 360 App. (4/1/2023)
3.    'Software Updater' does not corrctly detect MS Access (C2R). (Part of some MS Office subscriptions)
4.    Displayed a 'Software Behaviour' warning then failed to fix via button. (4/1/2023)
5.    'VPN Tunnel Split' regularly fails for MS Outlook (Office subscription)
6.     'Upgrade Offer' with price jump at next subscription renewal that indicated 'Premium' will only cover PCs, NOT Devices.
7.    Occassional white screen on 'search.norton.com' search page on Edge requiring a restart to correct.

These events make me wonder if I need to start looking for a new Anti-virus provider.

not trying to sound bad here but little confused

did you only have or use a trial version? or have you in the past?

not aware they still do that

anyway trying to figure out the trial part

if you log into your account online would have your product key info and expiration date, device(s) etc..

i think if you recently renewed for example there maybe some delay, had this before and it eventaully fixed itself

All: The trial version download begins here, IF, you do not already have a subscription for Norton. It is good for ONLY 7 days. The usual sequence is "signing up" and would require a credit card for when the trial expires. Depending on what subscription you get more than one device is covered with the exception on Norton Antivirus Plus which covers one device. Which subscription did you signup for?

As 9wood posted check your Norton account for the subscription being active. You should also have received an e-mail receipt for your trial version with information and charges that would be taken when the trial expired.

Note: NU Premium is no longer offered for customers having auto-renew enabled within their account and cannot be downloaded there. Its replacement is NU Ultimate and is a separate subscription.

Not a Trial version, but a several years old auto-renew (active) subscription.

It is not the fact that Premium Utilities was disabled, but the fact it was done without notice.

Also, the fact that this is the second time Norton 360 has been disabled because of this 'Trial version' error.

I realise some of my list has been fixed, it is that similar problems continue to arise on a regular basis.

A further bug, the forum spell checker does not recognise 'realise' as correct. It is correct outside of North America.

Here is how to post screenshots directly into your forums posts. Zip and PDF formats can be dangerous to open so we suggest the following how to for posting screenshots.

So what Norton product do you actually have installed and what is its version. Also what OS are you running presently?

I agree that NU Premium being yanked was not good, one thing to keep in mind. Since it was basically FREE with your auto-renewal set Norton didn't collect user data for that product most likely and therefore did not have a database to notify customers. IF, that is indeed the case its still erroneous since that product was tied to your subscription in the first place. An e-mail should have gone out, that being said, the notifications were more likely than not through "in-product" pop-up notifications. We all know how welcomed those are right? lol.

As far as the spell checker these forums ARE based within the USA geographic area and are set for the language within our region. Safe Search should indeed use the language pack installed on your systems by default based on the geo-location of your device. Over the years I have found it interesting that other sites outside of the US also don't get the grammatic issues right. Funny how the UK and US languages are so alike yet, not so in many other ways.

Wil be interesting to see if the change improves 'Search' and Norton's web pages i.e. date format as below. 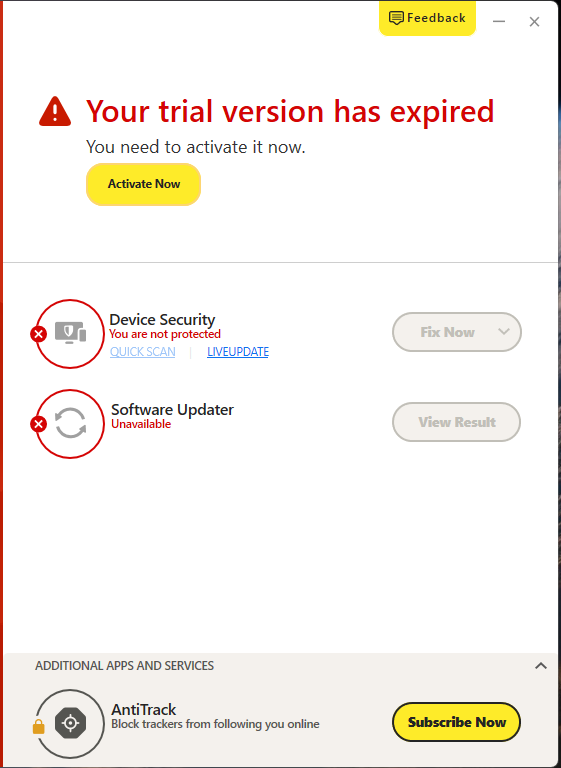 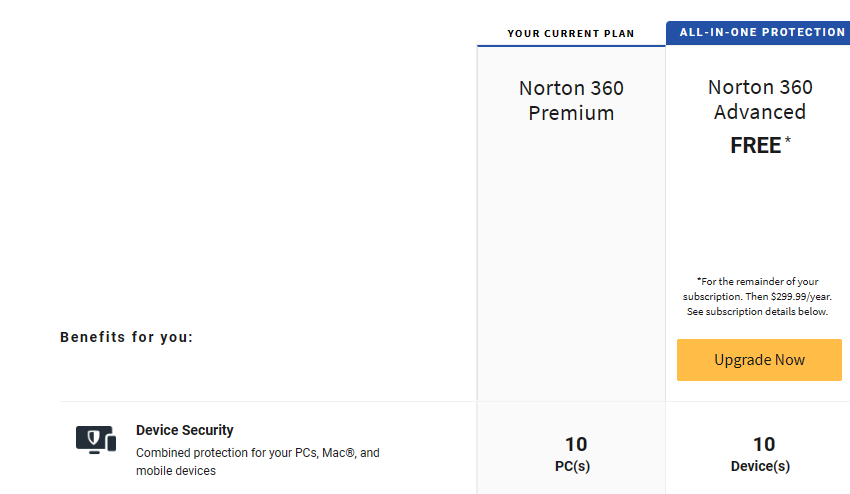 Thanks for the interest shown by all who replied

My Norton Password Manager stopped working Jan3,23. I reloaded Norton 360 and using a "trial" version... I need reinstatement into 360 and my PWM back.

@K3John Let us know what the results of the change is and whether we can assist further.

Again, a 'Trial Expiry' warning at 30 days into current renewal. This is starting to feel like a scam attempting to catch subscribers unawares and extracting a second subscription. Microsoft Defender is looking a good alternative as it does well in PC Magazine tests. 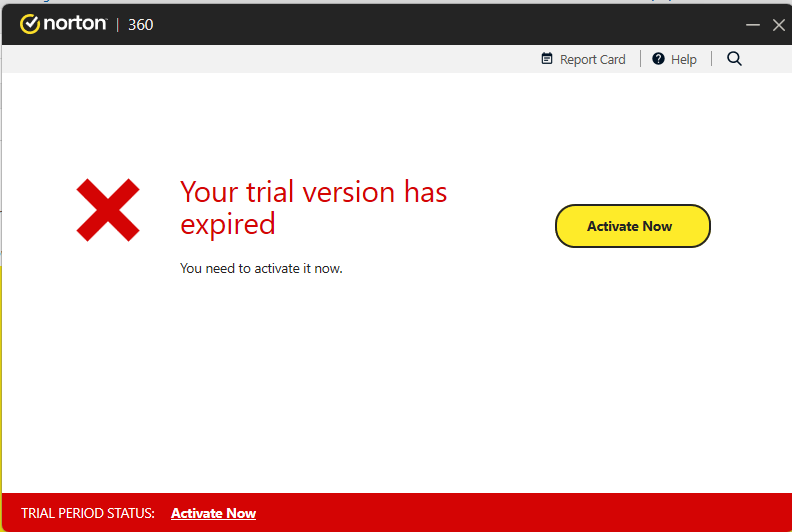 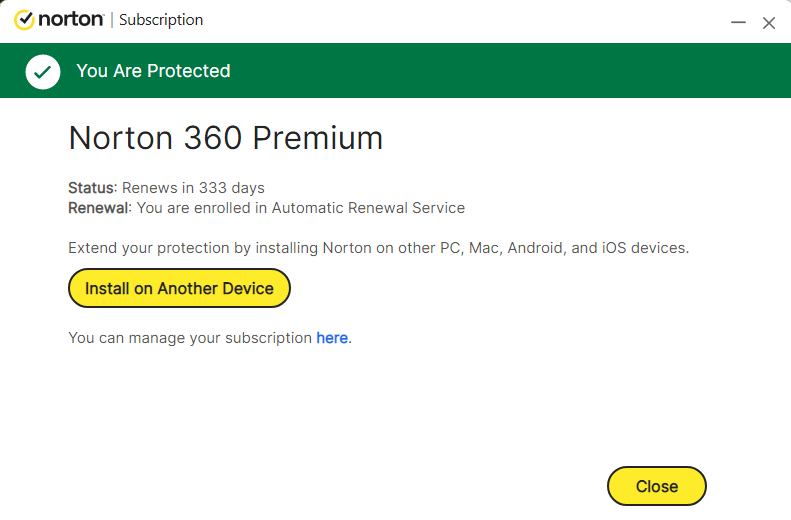 Trying to follow-up and make some sense of the issue. So we are in concert that you have Windows 11 on one machine and Windows 10 on another. Not one device in a dual-boot setup. The other thing is the machine with the trial showing, is its region and language set for Australia? Both need to be if they're not already. Is remote management enabled on both machines within Norton settings?

@Alphonso Himel If you have a Norton account that has an active subscription you should be downloading and installing your Norton product from your Norton account. There isn't any need for a trial version to be installed. As stated earlier, trial versions are only good for 7 days. To get the trial you should have been required to provide a payment method for when the trial expired and payment would be made for the full subscription. As for your password manager, you do not have to have a Norton product installed to use PWM. Install the appropriate browser extension for your browser and use it as before.

I have a Win 11 Desktop, Win 10 laptop and Android 8 phone currently running Norton 360 Premium anti-virus. None are dual boot.

My auto renewal has been in place for several years. I can't remember if I downloaded 360 via account the last time, but I did use the Norton removal tool and downloaded from the Norton website.  The first time, of 3 to date, required the complete removal of 360 to fix.

My guess is that when I declined the recent upgrade to Ultimate offer via pop-up opened from Norton 360 taskbar icon, it trigged a start of a 'Trial' period.

Each machine was offered the upgrade which I declined. several days apart. When this 'Trial' ended, an expiry notice was sent and 'Norton 360' was switched off without any apparent attempt to cross check that a subscription is in place.

On each PC this time, selecting 'Activate' has reset my subscription to 'Active' without further action.

Win 10 laptop has 'Windows Display Laguage' set to 'United States', all else was Australia. Attempting to correct.

Both machines have the Australian Language packs loaded and set as preferred. The 'United States' language packs have not been removed.

Win 10 laptop appeared to trigger the last 'Trial' after declining the Upgrade to 'Ultimate' offer pop-up.

Norton Utilities Premium had been disabled prior to the 'Trial' pop-ups on both machines.

I have this problem too. VERY FRUSTRATING! That said how am I to fix it?

@K3John Your last screenshots show the OLD Norton logo in the top left corner which leads me in the direction of the product you are installing is an older product. I believe the older product may indeed be your issue. Some Legacy versions are no longer available per the link below. Can you verify the product VERSION for us? NU Premium shouldn't have any effect on other Norton products being installed either although it too has been discontinued. 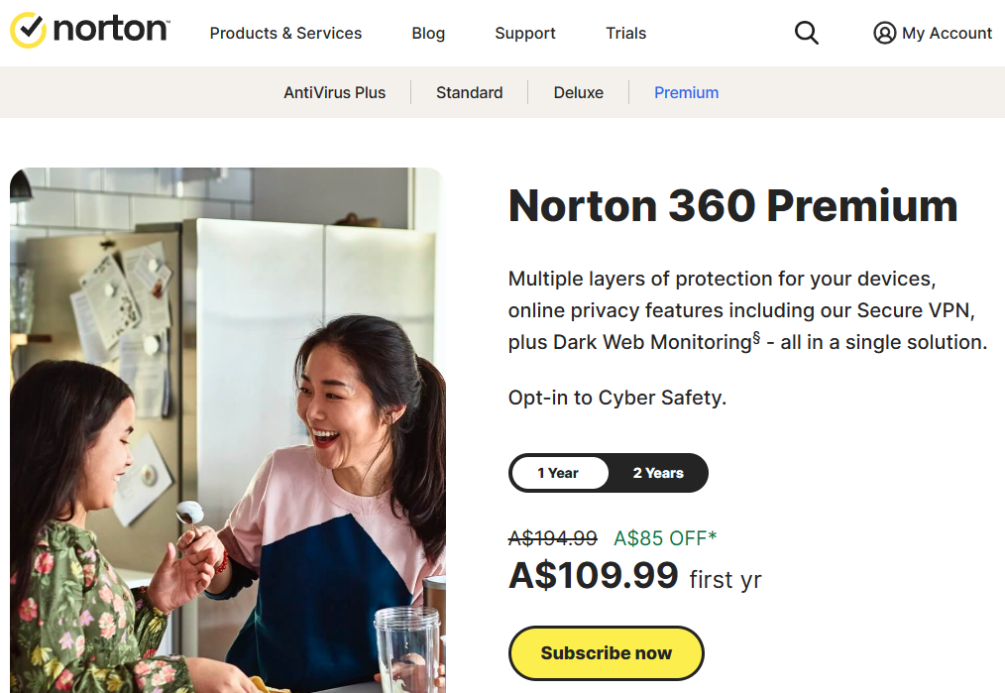 Indeed so. The pricing list I posted is evidently US pricing. Here is the current listing for your country.

There are currently 6 users online.