Core app is version 1.30 / Core firmware still on 180327_237. NAT-NAT setup on FIOS WITH VOIP voice and TV services. The past couple of weeks Core has shown devices which are connected both by Ethernet and wireless as remaining ONLINE when they are OFFLINE. Re-checking more than 24 hours later those devices still remain seen under Core as online. Remedy is: Restart the router via the app or power cycle manually. Are other Core owners out there seeing this behavior? @Gayathri_R

My boilerplate: Knowing that a power cycle corrects this issue I have the firm belief (without any internal log access on Core to validate), that this is an internal memory corruption issue which has cropped up. My Core is installed in a very temperature stable area and devoid of as much external RF energy being absorbed as well. I do not plan on sending logs since zero feedback occurs with those being sent and reviewed on the user level. 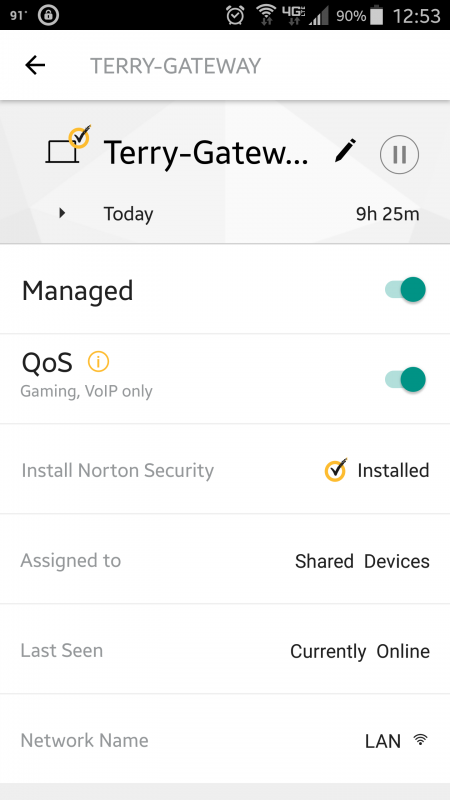 Screenshot example above: THIS computer runs 24/7 unless a power outage occurs or a manual shutdown. I MANUALLY shut this computer down the nigh before.

Re: Offline devices showing as online until Core reboot

Update: The Core app for Android version 1.59.1 was just released. Being a major PITA to get installed correctly, the app now shows device connectivity status as they should be. I'm leaving the thread open for others in the community in the event you are seeing/having had a similar issue.